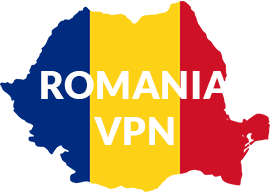 CactusVPN has a very clear policy regarding VPN server locations – people need servers which work great, people don’t usually need 100 servers in 80 different locations. This is why we have at this moment 12 VPN servers, and each of them has installed 5 VPN protocols – OpenVPN, L2TP/IPSec, PPTP, SSTP and newly added SoftEther VPN protocol. Some can say that 12 is a small number. But our advantage is that all our servers’ up-time are among the best in the business and you don’t have to change 3 servers each time you want to have a good connection.

We choose our servers’ locations very carefully: countries which generates most of the video and audio content in the internet – US and UK. We use these servers for unblocking sites like Hulu or BBC. And Netherlands, which has pretty liberal laws regarding torrent downloading. On Netherlands servers we allow torrents downloading.

Nowadays, more countries pay more attention to rights of internet users. Most recent news is that Constitutional Court of Romania decided that it is against the constitution to keep users’ logs. That is why we have decided to open, as a test, a VPN server in Romania which will allow torrents downloading.

Important! If you use CactusVPN software for Windows, make sure you use the latest 4.3.0 version, otherwise the server will not appear in the list of servers and the application might not work properly. In Mac OS software the server will be temporary under the NL country with the name of the city: Bucharest.

The price of the packages is not changed so you can benefit out of new server with no price rise. Please test the new server and let us know your overall impression and any issues you have.

Share
Tweet
LinkedIn
Pin it
Posted on September 1, 2014 in News
By Sergiu Candja
Sergiu is a proud founder and CEO of CactusVPN. What started like a passion for internet security grew into a business that helps thousands of people across the globe to regain their freedom while using the Internet.