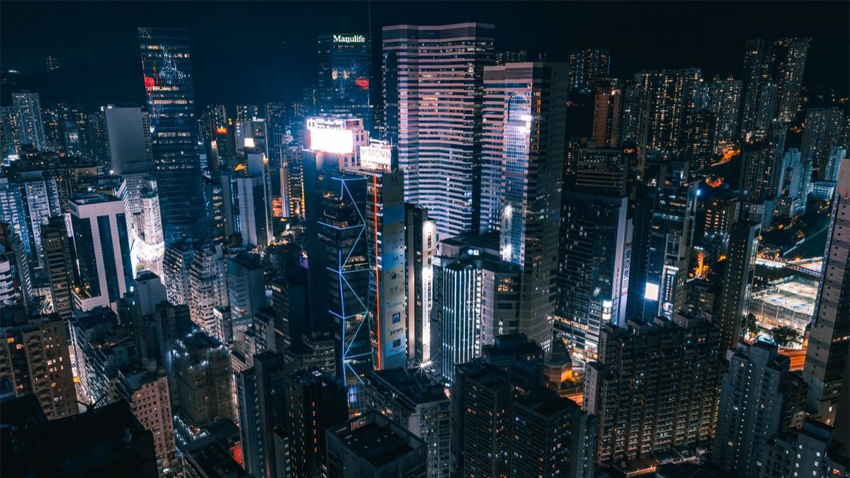 You probably already know how many perks you get to enjoy by using a VPN, but what exactly do you stand to gain by using a Hong Kong VPN server? And which ones of you should do it?

Anyone Living in Hong Kong

Here are the main reasons you should use a Hong Kong VPN server if you live there or are vacationing in the area:

Stay Safe on Any WiFi Network

Public WiFi isn’t as safe as we like to think it is. In reality, every time you connect to a WiFi network, you put your data at risk. Why? Because pretty much all hotspots use encryption that has serious vulnerabilities.

So, a hacker could easily use packet sniffers to monitor your traffic. Despite that, nearly 90% of people in Hong Kong use public WiFi to do sensitive things – like online banking and sharing credit card information.

What’s more, cybercriminals could set up fake networks that imitate legitimate hotspots (like a coffee shop or airport network). If you connect to them, hackers can collect tons of valuable data.

In fact, you don’t even have to be the one making the connection. Your device often auto-connects to WiFi networks, and it can sometimes auto-connect to fake hotspots. At least that’s what a Hong Kong study showed – that devices do that without the owner’s knowledge.

You can’t exactly stop using public WiFi, so at least get a VPN. It encrypts your traffic, preventing hackers from monitoring your data. Yes, even on fake hotspots.

Unlike people in China, you don’t really need to worry about creepy Internet surveillance in Hong Kong.

For now, at least.

In May 2020, China announced they will start “improving national security” in Hong Kong. The vagueness of that claim was actually enough to create a surge in VPN downloads in Hong Kong.

After all, as long as you’re connected to a Hong Kong VPN server, surveillance agencies won’t be able to monitor your traffic.

You shouldn’t wait until China’s decision is finalized, though. Start using a VPN today, and you’ll protect your privacy in other ways too:

That’s when your ISP intentionally lowers your online speeds. They usually do it to prevent network congestion. Sometimes, they might use it to subtly pressure users into buying pricier data plans or subscriptions.

Whatever the reason, you end up dealing with slower speeds at regular intervals. And that can get annoying fast.

Your ISP can easily do that because they see your online browsing. They know what sites you visit, and they can analyze your data packets to see exactly what online services you use.

If they see you’re consuming too much data on a specific site or web app, they’ll throttle your connection to it.

But if you’re connected to a Hong Kong VPN server, they can’t do that. Here’s why:

Protect Yourself from DoS/DDoS Attacks

Don’t know what those are? To keep it simple, they’re cyber attacks that flood your network with tons of unwanted traffic and requests. The goal? To force you offline – either for a few minutes (DoS attacks) or for hours on end (DDoS attacks).

You could face a DDoS attack for being involved with Hong Kong protestors, or for just upsetting someone during an online match. Unfortunately, nowadays pretty much anyone can rent a DDoS attack, so wannabe hackers don’t even need skills and resources to run one.

So how does a VPN help with this?

Well, for a DDoS/DoS attack to be successful, the person running it needs to know your IP address. That’s how they find and target your network.

When you use a VPN server, all your connection requests are routed through it. So everyone and everything you interact with online will only see the VPN server’s IP address. They could target the server with DoS/DDoS attacks, but most of them have decent anti-DDoS protection in place.

Unblock Sites at School or Work

Probably because management or the school administration doesn’t want you slacking off when you should be working or studying. Or maybe they didn’t pay for enough bandwidth, and don’t want those sites eating up what little data they have left.

We can’t say we don’t understand those reasons, but they’re definitely not fair. Maybe you work or study better while listening to video game ambiance and music compilations on YouTube, for example.

Well, here’s the good news – if you connect to a Hong Kong VPN server, you can bypass those firewalls instantly. You get a new IP address that has no firewall restrictions linked to it.

Not planning on unblocking any foreign sites like Netflix and Pandora Radio?

In that case a Hong Kong VPN server will be the perfect way to get smooth VPN speeds.

Don’t forget – VPNs can slow down your Internet speeds due to numerous factors. And the one that has the biggest influence on your VPN speeds is the distance between you and the VPN server.

Essentially, the farther you are from it, the more it takes data packets to travel between the VPN client on your device and the server. And the more likely it will be for some packets to be lost, resulting in dropped connections.

But if you use a VPN that’s in the same area you’re in, you’ll get much better speeds. You’ll likely barely notice the slowdown.

Don’t live in Hong Kong? There are still plenty of reasons to use a VPN server in that region:

Some gaming servers can be region-locked to Hong Kong. So you can’t game on them with your online friends if you are from a different country. The server will see your IP address, so it will know what country you are from. Based on that, it will block your access.

Well, if you use a Hong Kong VPN server, you can bypass that restriction instantly. You’ll have a Hong Kong IP address, so the gaming server will whitelist your access.

Besides that, you’ll also get to enjoy less lag and lower ping because your traffic is routed directly to the gaming server.

Unblock Sites That Only Work in Hong Kong

Can’t browse a Hong Kong-specific site because you get a message telling you it’s not available in your area?

That’s geo-blocking technology in action. Basically, the site blocks your access or redirects your connection to a different website version because it sees your IP address isn’t from Hong Kong.

Why would websites do that? We think it’s because they need to respect licensing agreements with copyright holders. And geo-blocks are the easiest way to do that.

Understandable, but still very unfair for you. But don’t worry – if you connect to a Hong Kong VPN server, those sites will think you live in that region when you’ll try to connect to them. So you won’t deal with geo-restrictions anymore.

Maybe you’re an expat or someone familiar with the language and culture who wants to work with clients from Hong Kong.

Sounds simple enough, but there’s a problem – some freelancing platforms let clients set country filters. That prevents you from applying to the jobs they post if you’re not located in Hong Kong.

That’s a huge shame. Maybe the client doesn’t really know how the filter works, or they’d have no problem working with someone outside Hong Kong if they’re a good fit.

Well, a Hong Kong VPN server can help you bypass those filters to get your foot in the door. Just connect to it, get a brand new Hong Kong IP address, and you’re good to go.