How to Watch CBC in USA easily

Feeling down because you can’t enjoy the latest hit shows on CBC? No problem - we’ll show you how to watch CBC in USA in 3 easy steps.
Get CactusVPN
30-Day Money-Back Guarantee 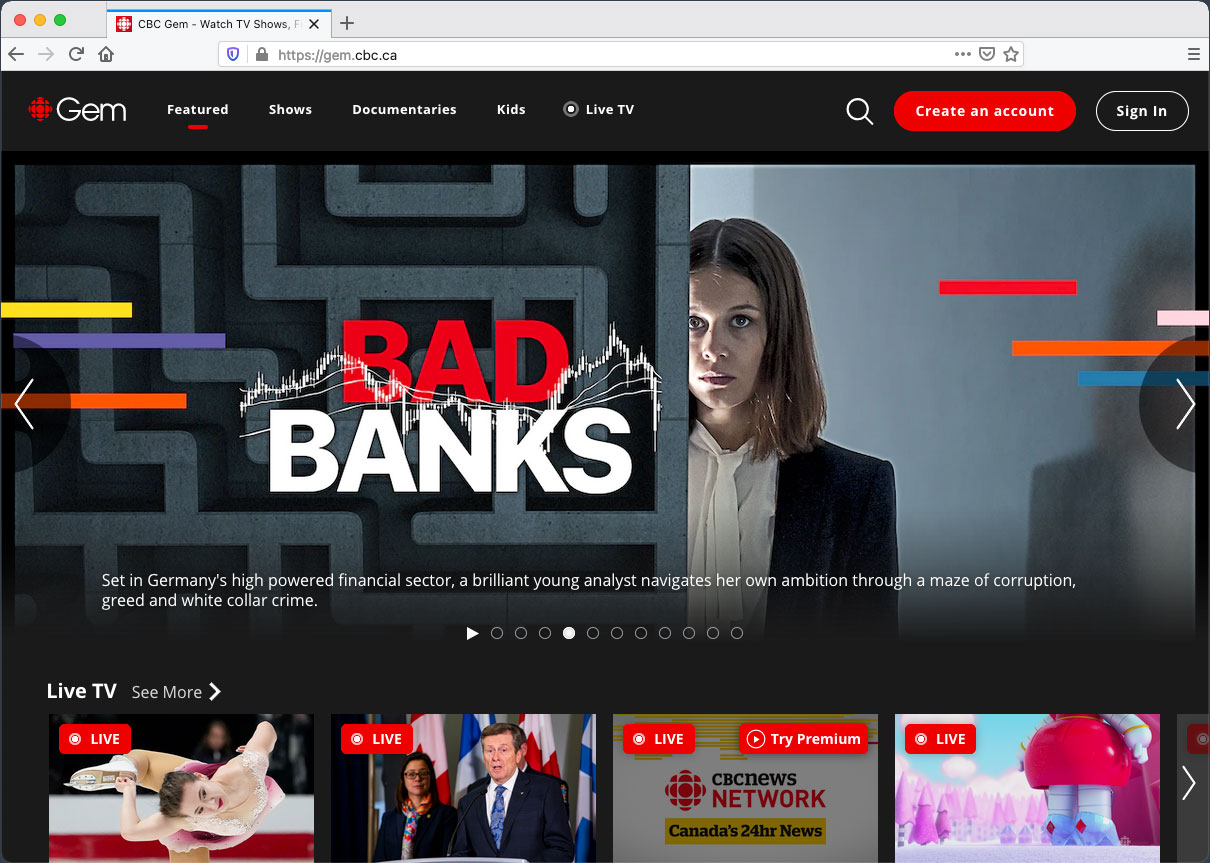 That’s it – head to CBC
and have fun!

On what devices can I watch CBC with CactusVPN?

Why CactusVPN is the Best CBC Unblocker?

Connect to Smart DNS and unblock CBC outside Canada in seconds with our easy to use apps. Absolutely no technical knowledge required.

Why can’t you watch CBC in USA?

It’s all due to geo-restrictions (or “geo-fencing” as CBC calls it). The website uses them to restrict access to some of its content if the user isn’t from Canada.

CBC likely does that because they need to respect copyright agreements. If they don’t do that, they might get sued.

Also, they probably don’t want to deal with huge licensing fees. They’d normally need to pay them in every single country if they were to make the content available worldwide. And if there isn’t enough demand for their content there, it wouldn’t be very profitable for them.

True, right now, you can watch some content on CBC even if you are in the US. But if you try to binge more popular shows or stream some content without being in Canada, you’ll just get this message:

Why Smart DNS is the best way to watch CBC in USA?

These are online services that hide your DNS address and intercept your connection requests when you try to access CBC’s website.

They hide your DNS address because it can actually leak geo-location data. And they intercept your connections to remove any information that could leak more of your geo-data. They also replace it with new info that points to a location in Canada.

Besides that, a Smart DNS will use various proxy servers around the globe to route your traffic. In this case, it would use servers in Canada to further hide your geo-location.

Can proxy servers let you watch CBC outside Canada?

Proxy servers do the same thing as VPNs – they hide your IP address to help you bypass geo-blocks. However, they don’t offer strong encryption like VPNs.

On the other hand, they have a local caching ability. Basically, that means a proxy can save visited web pages on its local cache. If you request a web page from CBC that’s on the local cache, the proxy can deliver it faster to you since it doesn’t need to forward your requests to the web. The content is already there.

Can I start watching CBC outside Canada with a VPN?

VPNs are online services that encrypt your traffic and hide your IP address. The second part is of interest here since it helps you bypass geo-blocks.

Here’s how it all works: