Having trouble getting access to Snapchat because it’s blocked with a firewall? No problem - use a Snapchat VPN to unblock it with ease.
Get CactusVPN
30-Day Money-Back Guarantee 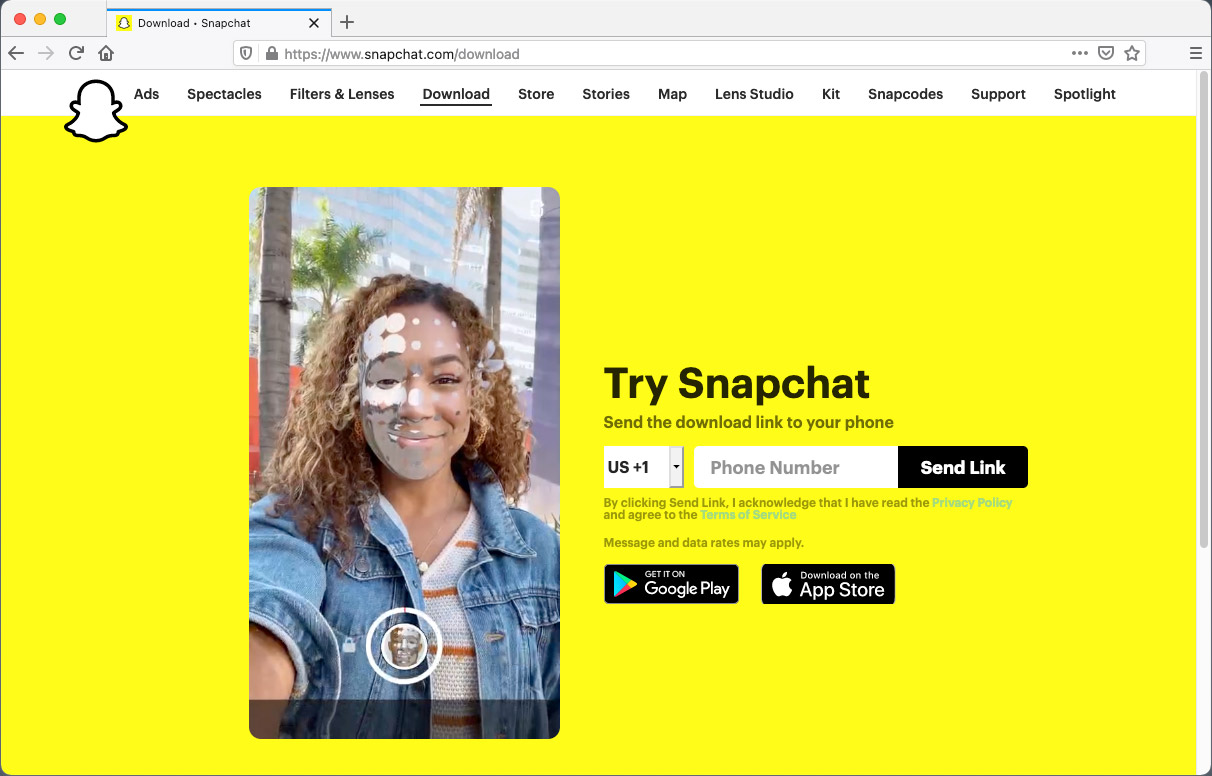 That’s it – head to Snapchat
and have fun!

On what devices can I unblock Snapchat with CactusVPN?

Why CactusVPN is the Best VPN for Snapchat?

Why Do You Need a VPN to Unblock Snapchat?

The app isn’t geo-blocked, after all – you can download it for free and install it anywhere in the world since the developer and publisher haven’t enforced any restrictions.

That’s true, but here’s the thing – Snapchat devs might not censor their own application in certain countries, but some governments can do that for them. Basically, it doesn’t matter if the app is available worldwide. If a specific country’s government decides to block it, you won’t be able to use the application in said country.

“That hasn’t happened yet, though, right?”

While there aren’t any news articles talking only about Snapchat getting blocked in various countries, there are places in the world where social media services and platforms have been blocked, or continue to be blocked to this day:

Whether you live in any of those countries, plan to visit them, or are just passing through, there’s always a chance you might not be able to use Snapchat all of a sudden if the government decides to block it.

Government Censorship Isn’t the Only Problem.

Even if you are in a country where you don’t need to worry about the government abusively using firewalls to prevent you from using Snapchat, you’re still not out of the woods yet.

Well, it’s pretty simple. If you’re at work or school, there’s a big chance you won’t be able to use Snapchat – and many other websites and online services, for that matter. Why? Because the network administrator might have to abide by company/learning institution policies, which might require them to block traffic to and from platforms like Snapchat.

Yep, that pretty much means that you won’t be able to Snaps or text messages to your friends even if you’re taking a break from studying, or if you’re on your lunch break.

Why Else Do You Need to Use a VPN for Snapchat?

“Okay, so what if I don’t need to worry about not having access to Snapchat? Why should I use a VPN then?”

Well, to protect your privacy, mostly. While Snapchat already uses end-to-end encryption to secure your data, it never hurts to have an extra layer of security – especially on public WiFi, which is vulnerable to cyber attacks. Plus, if a VPN encrypts your traffic, advertisers won’t be able to target you with annoying Snapchat-related ads, and no cybercriminals will be able to monitor your traffic to see when you’re using the app.

Also, with a VPN, you’ll make sure your ISP won’t throttle your bandwidth if you happen to use “too much data” with Snapchat. If you’re not familiar with that concept, it’s when ISPs intentionally lower user connection speeds if they exceed their data limit. ISPs often do that to improve their services and fight network congestion, but it’s also a tactic they use to strong-arm users into purchasing pricier subscriptions or data plans.

Luckily, with a VPN, your ISP can’t see what online services you’re using, or what websites you’re browsing. So, they won’t be able to throttle your bandwidth for using it on Snapchat since they won’t see you’re doing that.

You could use one – after all, you only need to just unblock Snapchat, and nothing else, so where’s the harm in that, right?

Well, the problem is that a free VPN isn’t guaranteed to help you unblock the services you want to access. If you try to use a free VPN to unblock Snapchat, you might not manage to do it because the service that’s offered can be highly unstable. That means your connection can drop at random intervals. And no, you won’t get any customer support if that happens. The service is free, so they can’t afford it, remember?

Plus, you might have to deal with highly crowded servers, meaning you’ll only get very slow online speeds. Not to mention all the other risks associated with using free VPNs:

Do You Really Need a VPN to Unblock Snapchat? Can’t You Use a Proxy?

Yes, a proxy server can also help you unblock Snapchat since it hides your IP address by acting as a middleman between you and the web. However, you should know that:

Ideally, you should use a VPN to unblock Snapchat from a provider whose servers also double as proxy servers. This way, you get the best of both worlds for the same price – not to mention the proxy service you get will at least be reliable.