Can’t access Viber because of firewall restrictions and government censorship? No problem - here’s how to easily bypass them with a VPN for Viber.
Get CactusVPN
30-Day Money-Back Guarantee 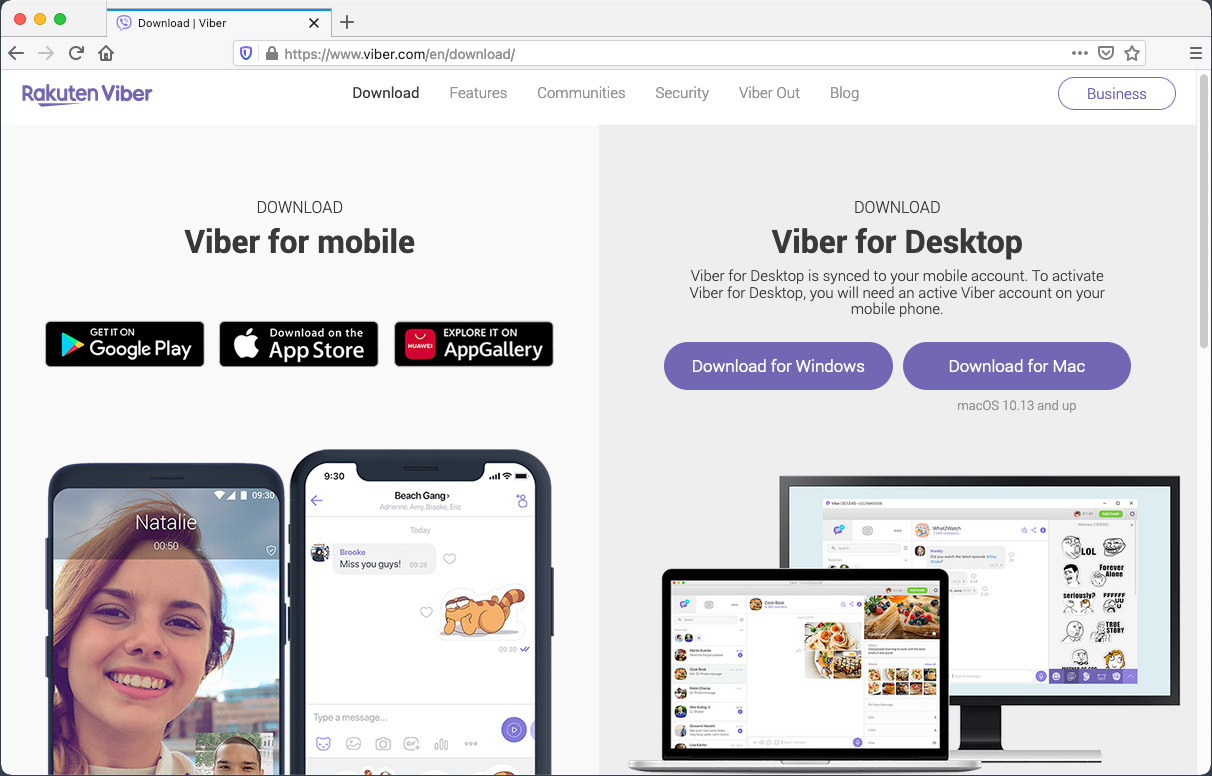 Unblock Viber with a VPN in 3 Easy Steps

That’s it – head to Viber
and have fun!

On what devices can I unblock Viber with CactusVPN?

Why CactusVPN is the Best VPN for Viber?

Can I use a VPN to unblock Viber?

“Wait, there are no geo-blocks keeping me from using Viber, so what’s the deal with that statement?”

That’s true. You can access Viber’s website and use their app from any country – as far as they are concerned, that is.

While geo-blocks might not be a concern, government censorship sure is. The authorities can easily pressure national ISPs to block Viber country-wide anywhere in the world.

Why? Because governments love to have total control over your data, and the way Viber encrypts your communications prevents that from happening.

And that’s not just speculation on our part.

Russia’s PM already said the government might consider blocking Viber if the devs don’t comply with the authorities’ requests – requests that would give the Russian government access to users’ private communications. Also, Viber faced a ban threat in South Korea some years ago.

Plus, Chad already blocked Viber (alongside many other services), and so has China. Other countries that have banned Viber include:

Some of the countries listed above continue to block Viber to this day, while others only blocked it temporarily. Still, how long those restrictions last really doesn’t matter. The fact that you have to deal with them for even one second is unacceptable.

Overall, whether you live in a country that blocks Viber, or are just travelling through it, you’re going to have to put up with annoying restrictions that strip you of your online freedom and privacy.

Unless you use a Viber VPN service, that is.

A VPN will hide your IP address, allowing you to easily bypass any government’s firewall – yes, even China’s Great Firewall.

What’s more, a VPN also encrypts your Internet traffic, making sure your government can’t see you’re using Viber, and use that against you.

Can I use VPN to secure my online traffic when using Viber?

Viber offers decent security, there’s no doubt about it. People were skeptical when they introduced end-to-end encryption at first because the devs weren’t too open about the whole process.

But there’s an official whitepaper from Viber now that clearly discusses what type of encryption they use, and how they use it. Also, the info makes it pretty clear that not even the Viber staff has access to the encryption keys that secure user communications.

So then, why would you need a VPN for Viber to protect your data?

Well, it’s mostly about when and where you use Viber. If you use public WiFi to communicate over Viber, you might put some of your privacy at risk. While the service and website use encryption, the WiFi network likely doesn’t.

That means any cybercriminal can monitor your traffic, and see that you’re using Viber.

Why is that a problem?

With a Viber VPN, though, you don’t need to worry about. The service encrypts all your Internet traffic, making sure nobody can track it to see what you’re doing on the web.

Plus, if you just don’t feel safe putting all your faith in Viber, a VPN can help hide some of your personal data from them. For example, if you use a VPN to access Viber’s server or app, they wouldn’t be able to see your real IP address, and any data associated with it.

Can I use VPN to unblock Viber at School and Work?

Sometimes, workplaces and schools block VoIP services on their networks – either to make sure students don’t slack off by talking with their friends during class, or to ensure employees only use the company’s in-house VoIP service.

Sure, you could say the reasoning is understandable, but is it fair? After all, who is to say you can’t talk with your significant other or best friend on Viber when you’re on your break?

Can I use Tor or a proxy to unblock Viber?

Those options might seem like a convenient way to unblock Viber. However, they both have their issues (which we will discuss below) which make them less appealing solutions.

Tor is an anonymity network, so that enough should make it a good choice, right?

Well, not exactly. For one, Tor isn’t very efficient. There is only a limited number of relays (around 6,000-7,000 right now) for a very high number of users (almost three million). So, you might get pretty slow and unstable speeds.

Besides that, Tor has had security issues in the past which caused the service to leak user IP addresses. That alone can stop you from unblocking Viber in your country, abroad, and at work or school.

What’s more, Tor’s exit relays don’t always encrypt traffic, so the owner of the server and their ISP could see your online data. Also, if a government wants to, they can block Tor traffic entirely or block access to the network.

Why? Because proxies are mostly meant to unblock websites, not software. Of course, you might be lucky, and manage to unblock Viber with a proxy, but there’s also a chance that won’t work.

Also, if you’re looking to secure your online traffic when you’re using Viber, a proxy server won’t be able to encrypt your traffic and data like a VPN. While some proxies can offer a certain degree of security, it’s nowhere near as thorough and efficient as a VPN’s encryption.