You Can Now Unblock French Websites with CactusVPN 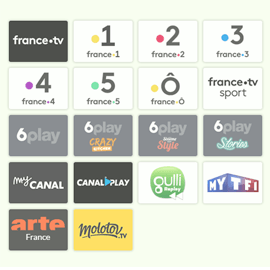 We’re happy to announce that users of CactusVPN will now have the ability to unblock French websites using Smart DNS and stream new content. Our service is expanding, and we’re happy to provide you with access to a huge amount of French streaming sites, covering a wide range of genres.

Which French Channels and Services Are Available?

We have expanded our service to provide you with content from more streaming sites than ever before. When you use CactusVPN to unblock French websites, you’ll have access to the following services:

These are the best French language broadcasters and streaming services around. With CactusVPN, it takes seconds to unblock French websites and start watching some of the best TV and cinema in Europe.

What is on Offer When I Unblock French Websites?

French television is universally respected around the world. Their production companies are responsible for a string of hits, and French cinema has been a unique creative force since the Nouvelle Vague era of the Fifties. Today, French streaming sites are offering more content than ever before. Not only can you take your pick of great TV shows, both past and present. You can also access a huge selection of on-demand cinema, sports coverage, news, children’s programming, and content created for France’s overseas territories.

With access to more geo-restricted content than ever before, now is the time to invest in our quality VPN service.

Share
Tweet
LinkedIn
Pin it
Posted on March 5, 2018 in News
By Sergiu Candja
Sergiu is a proud founder and CEO of CactusVPN. What started like a passion for internet security grew into a business that helps thousands of people across the globe to regain their freedom while using the Internet.