Stop bandwidth throttling, keep your data safe from government surveillance and creepy hackers, and bypass any firewall you want with our India VPN service.
Get India VPN 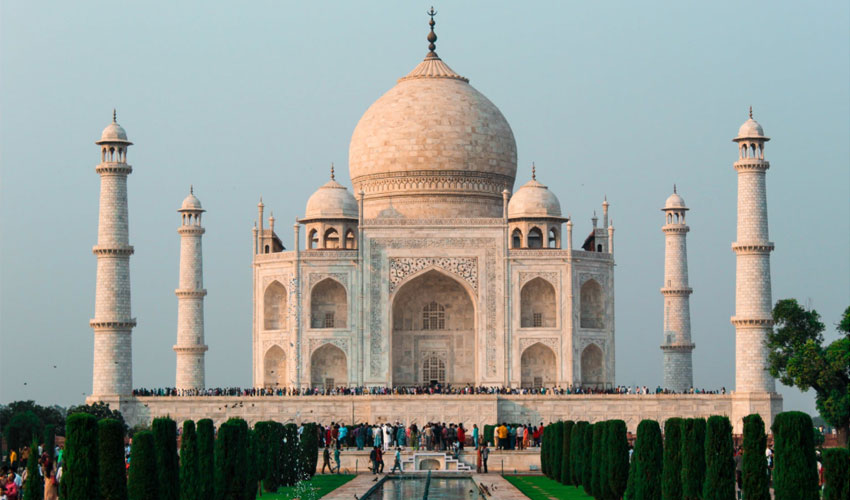 Anyone should use a VPN if they want to enjoy a safe, surveillance-free online experience, but who exactly should specifically connect to an Indian VPN server?

There are many kinds of people who should use an Indian VPN server – expats, people who speak the language and love the culture, or citizens who are working or traveling abroad.

Freelancing is becoming more and more popular in India, and many Indian businesses and entrepreneurs have taken to using freelance websites and online job boards to find the right people for the job.

A lot of them prefer working with Indians, which is understandable. However, they might use filters that won’t let you apply to their jobs if you’re not physically in India. A pretty big loss since they will accidentally miss out on a potentially fruitful partnership.

No need to worry, though – an Indian VPN server can help you bypass all those filters. It gives you a new Indian IP address, which you can use to apply to all the jobs you want.

Gaming on the web with your friends is great until you can’t play on the same servers as them because they’re region-locked to India.

Even if there are no region locks, you’ll still deal with annoying lag and high ping due to the huge distance between you and the server.

Don’t worry – you can quickly solve that by connecting to an India VPN server. Since it hides your IP address, you can bypass all region locks.

Also, since the VPN server is close to the gaming server, your traffic gets routed to it faster. So your ping times and lag should go down significantly.

But that’s not all – a VPN service will also help you get around unfair IP bans in seconds.

Indian entertainment is pretty popular nowadays, but not all of it is available worldwide. Some websites actually don’t work outside India, while others restrict your access to specific web pages if you try to connect to them outside the country.

How does that happen?

Pretty simple – content providers use geo-restrictions that blacklist non-Indian IP addresses. They usually do that to comply with copyright and licensing regulations.

Luckily, the solution is straightforward – just connect to an India VPN server. It gives you a new Indian IP address which helps you bypass all geo-blocks.

CactusVPN – An Indian VPN Service You Can Trust

There are plenty of good reasons anyone who is in India should use a VPN server in the country:

Back in 2013, it came to light that the Indian government keeps tabs on online users’ activities without ISPs even being aware of it. Unfortunately, things haven’t gotten any better since India still has no real Internet privacy laws.

And that’s not all – did you know your ISP likely sees almost everything you do on the web? Even worse, they might sell your browsing history to advertisers to make a profit.

In fact, advertisers use your real IP address to track your digital footprints. Oh, and other people can also use it to find out sensitive data about you, like:

But if you use a VPN in India, you don’t need to worry about any of that. The service completely hides your IP address, and also encrypts your traffic, making sure nobody can monitor it.

Bandwidth throttling is when your ISP intentionally lowers your online speeds – either to prevent network congestion, or because you went over your monthly data limit.

They might also do that as a way to make more money – either by not having to buy more expensive storage equipment, or pressuring you into paying for pricier subscriptions and data plans.

“Do Indian ISPs actually do this, though?”

There’s no exact proof of that happening, but Indian ISPs do use fast lanes, which violates Net Neutrality.

So if they do that, they’d obviously have no problem using bandwidth throttling too.

But if you use an Indian VPN server, it will encrypt all your traffic. Your ISP won’t get to inspect your data packets anymore to see what online services you use, so they won’t manage to slow down your speeds for them anymore.

When someone targets you with DoS/DDoS attacks, they want to force you offline by flooding your network with tons of requests and unwanted traffic.

And you can get targeted with such attacks for something as simple and petty as disrespecting a gamer on the web.

“Okay but how often does this actually happen in India?”

Well, consider this – 26% of DDoS attacks originate from India, and India is also the fifth largest country that originated DDoS attacks in 2017.

So, your odds of dealing with such a cyber attack are pretty high – especially since they are so cheap.

Protect Your Traffic on the Web

Whether you’re a tourist or a native, using WiFi on the go is very convenient. But if you don’t use a VPN, it’s also extremely dangerous.

Because WiFi (especially public WiFi) just isn’t safe. It either doesn’t use any encryption, or it uses encryption that has serious vulnerabilities. Either way, a hacker could easily monitor your traffic to steal data like:

And India is a huge target for cybercriminals. They successfully hacked a nuclear power plant, and the country’s financial system is vulnerable to cyber attacks too. Not to mention even the Indian government hacks its own citizens.

But with a VPN, you’re always safe online. The service encrypts all your traffic, making it indecipherable to anyone who tries to spy on it.

No More Firewalls at School or Work

Ever tried to browse your news feed on Facebook or chat with your friends on Twitter between classes or on your lunch break, but weren’t able to do it because you couldn’t access the websites?

That’s because your workplace/school forces network admins to block those websites (and many others) with firewalls.

Basically, the admins automatically assign firewall restrictions to your IP address – the one you get the moment you connect to the network.

Well, an India VPN service helps you bypass firewalls by replacing your IP address with a brand new one that’s free of any restrictions.

In that case, you should always use an India VPN server if you just want to secure your traffic and privacy.

Because you’ll get much better speeds. They won’t drop as much as they normally would when you use a VPN, and they’ll be much more stable.

And it’s all thanks to the fact that your data packets will take less time to travel from the VPN client on your device to the VPN server. It’s in the same country as you, after all.

In fact, if the server is in the same city as you, your speeds will be even better.