Can’t access Twitter because of firewall restrictions and government censorship? No problem - here’s how to easily bypass them with a VPN for Twitter.
Get CactusVPN
30-Day Money-Back Guarantee 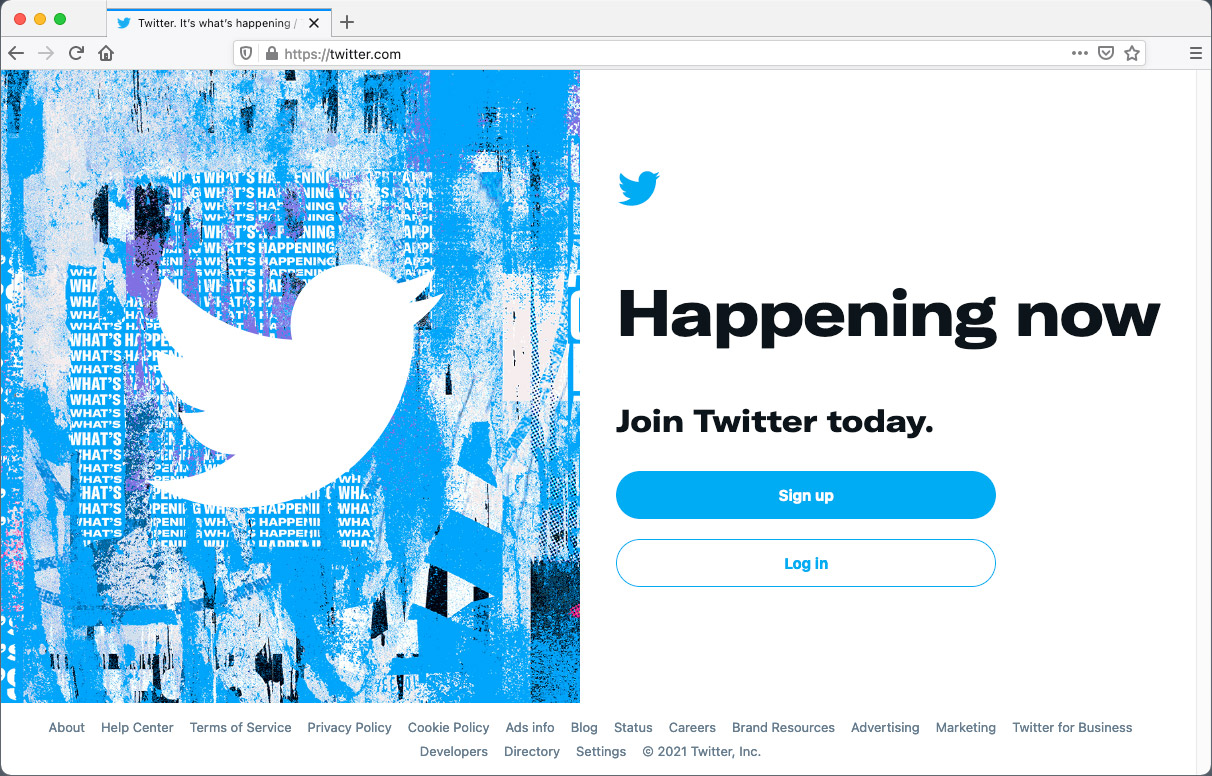 Get Twitter Unblocked with a VPN in 3 Easy Steps

On what devices can I unblock Twitter with CactusVPN?

Why Do You Actually Need a VPN for Twitter?

Twitter might not impose restrictions on who can access the service worldwide, but governments can easily do that if they want. With some simple firewall restrictions, governments can order national ISPs to block access to Twitter country-wide – either indefinitely or for a short period of time.

“Okay but that doesn’t happen too often, right?”

It actually happens in many countries around the world. Here are just some examples of places where Twitter has been blocked temporarily, or continues to be blocked to this day:

Unfortunately, that’s not all. It seems that Twitter content/access has been censored/blocked in places like Israel, France, Russia, South Korea, and India too.

So, whether you live in any of those countries, or you just plan on traveling through them in the near future, you’re going to have to put up with potential restrictions that might prevent you from using Twitter freely.

Sadly, even if you live in a country where you don’t need to worry about the government cutting off your access to Twitter, you might still have to put up with annoying firewalls if you’re at work or school.

Why? Because the network admins might be required to ban Twitter on the local network. Apparently, it can “distract” employees and students – even though they might only use it when they’re on their breaks.

Yep – few people realize this, but even though Twitter itself isn’t geo-blocked, a lot of the content present on the platform can be geo-restricted. Twitter can actually withhold Tweets and accounts from people in certain countries to comply with copyright and legal requests.

Can You Use a Free VPN?

Looking to save some money? That’s understandable. Well, you can use a free VPN service to get Twitter unblocked at school, work, or while traveling, though you should be aware that you’re going to have to deal with a lot of potential risks and drawbacks, like:

Oh, and if you ever encounter any issues, you’ll basically be on your own since free VPN providers can’t really afford to offer round-the-clock support. They’re free to use, remember?

So, you’re better off with a paid VPN service instead. Don’t worry, though – they don’t need to be expensive. Some of the best services only cost as much as you’d pay for a burger each month!

Yes, you can do that too. If you connect to a proxy server, you’ll hide your IP address as well. All connection requests you’ll send to Twitter’s website or through a firewall will seem like they’re coming from the proxy server, not your device.

Considering all those issues, it’s best if you use a VPN service that features proxy servers too. That way, you get the best of both worlds, and you’ve always got a backup plan in case one of the services no longer meets your needs.

Any Other Reasons to Use a VPN for Twitter?

Of course – there’s more to using a VPN than just getting Twitter unblocked abroad, at school, or at work. If you use a VPN service while connected to your Twitter account, you’ll also get to enjoy the following perks:

Twitter is a media giant, after all, so it’s hardly surprising that it doesn’t respect your privacy. The platform has been found to endanger user privacy many times. In 2015, trillions of Tweets were apparently sold to data miners, and in 2018, it seems that many of the company’s profits were made off of selling user data. With a VPN, that’s no longer a problem since the service encrypts some of the data you share with the platform.

While Twitter does offer decent encryption, it can’t really protect all your traffic when you’re using unsecured WiFi, for instance. And if you don’t take any measures (like using a VPN to encrypt your traffic), any hacker could eavesdrop on your Twitter habits.

Some ISPs love to throttle user bandwidth if they’re caught using “too much data” on Twitter. While they might do that to alleviate network congestion, they can also do it to pressure you into buying pricier data plans. Luckily, with a VPN for Twitter, that’s no longer a concern since your ISP won’t be able to see what you do on the Internet.

Unfortunately, Twitter is no longer the haven for free speech it used to be. Nowadays, it’s easy to get your account suspended for holding the “wrong” political opinion, just making a harmless joke, or if you get mass reported by Internet trolls. Besides tagging your device and email address, Twitter will also tag your IP address when suspending your account. Fortunately, you can bypass that issue by using a VPN to create a new account since your real IP address will be completely hidden.