Having trouble accessing YouTube? Can’t watch videos since they’re not available in your country? Here’s how to get the platform unblocked with a VPN for YouTube.
Get CactusVPN
30-Day Money-Back Guarantee 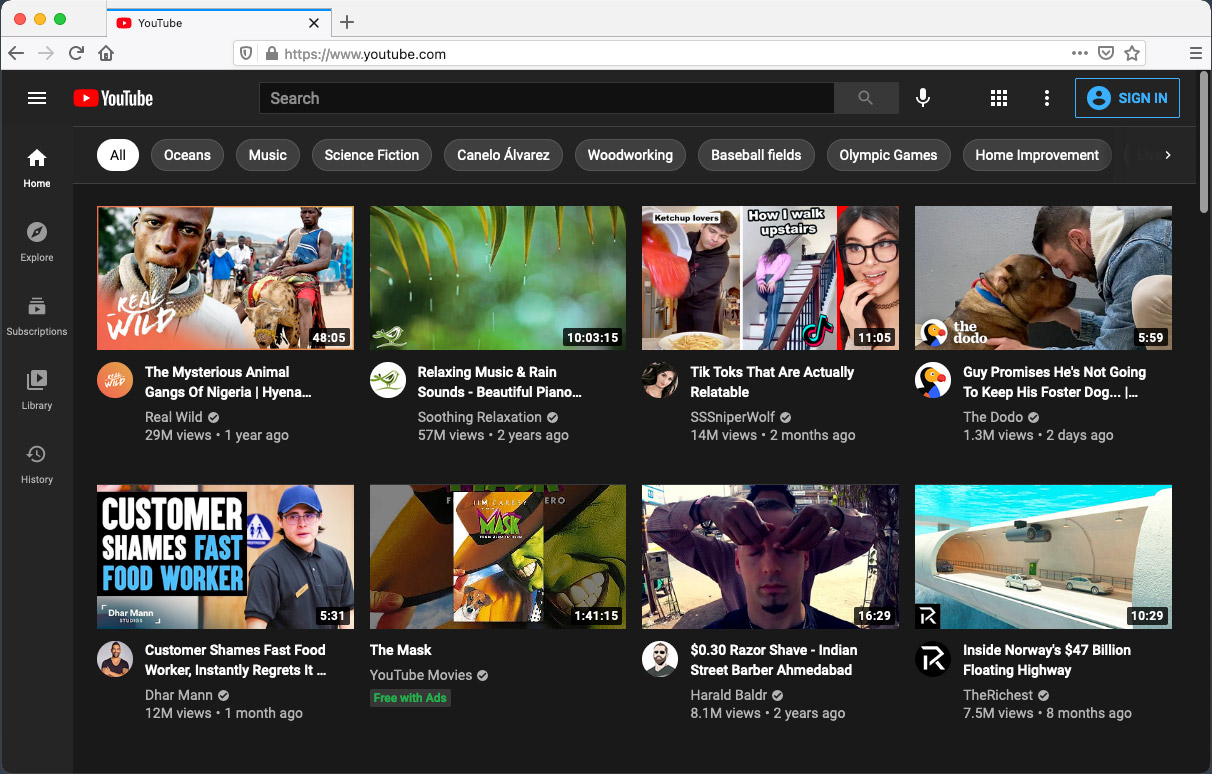 On what devices can I watch YouTube with CactusVPN?

Well, yeah, the service itself isn’t geo-blocked in certain countries. However, YouTube allows its users to geo-block their content if they want to with its Regional Filter. Basically, content creators can enforce restrictions that make their videos available in just a few countries. If you’re geographical region isn’t on the list, you’ll be greeted with a message similar to this:

“The uploader has not made this video available in your country.”

The content that’s geo-blocked can be from a media giant like the BBC or Netflix who enforce these restrictions to respect copyright and licensing regulations, or from a small-time content creator who just wants to appeal to an audience from a specific country.

And this problem will affect you even if you normally have access to videos that are only available in your country. Let’s face it – if you end up taking a trip abroad, working abroad, or moving abroad for a better life, you’ll no longer be able to watch YouTube content that’s only available in the country you’re from.

Either way, it’s hardly fair for you – the average online user who just wants to relax by watching some great entertainment.

Mostly because, without it, you’re going to have to deal with the following problems:

Sometimes, governments might have such a huge issue with YouTube that they force national ISPs to block the service in the whole country. The ban period can be for an indeterminate amount of time, or it might be temporary. Whichever the case, your online rights will be violated, and you’ll be prevented from accessing videos you watch regularly because of things like religion, politics, or “national security.”

Other places were things like that have happened include Russia, Tunisia, the UAE, Turkmenistan, Venezuela, Uzbekistan, Sudan, South Sudan, Malaysia, Finland, Eritrea, Bangladesh, Brazil, and Armenia.

So whether you live in any of those places, or are just passing through, you’re going to have to put up with or expect sudden loss of access to YouTube.

As if YouTube’s geo-blocking filter and government censorship wasn’t enough, you might also be prevented from accessing YouTube by firewalls at work or school. Basically, the network admin might be instructed to block YouTube’s IP address on the network, ensuring nobody can access it while connected to said network.

Why does that happen? The simplest explanation is that employers or teachers don’t want employees or students “slacking off” with or “getting distracted” by YouTube videos when they’re supposed to be working or studying.

That’s understandable, of course, but only to a certain point. After all, why shouldn’t you be able to enjoy your lunch break with your favorite YouTube channel?

Why else should you use a VPN for YouTube?

Well, for one, a VPN is more than just a YouTube unblocker. It can encrypt your online traffic, ensuring that your privacy and security aren’t at risk when using YouTube. After all, don’t forget it’s a service owned by Google, who isn’t exactly the most privacy-oriented media giant. Not to mention that YouTube has also been caught harvesting and selling children’s data.

But if your online traffic is encrypted when using YouTube, the platform won’t be able to log as much data about you. Also, advertisers won’t have such an easy time targeting you with “relevant” ads about YouTube channels. What’s more, cybercriminals will no longer be able to monitor what you do on YouTube when you use public WiFi.

Lastly, a VPN’s encryption will ensure that your ISP can’t throttle your bandwidth because you’re “using too much data” watching YouTube videos. If you’re not familiar with bandwidth throttling, here’s all you need to know about it. The main idea is ISPs can try to pressure you into purchasing pricier subscriptions and data plans by lowering your online speeds.

With a VPN, though, they can no longer do that since all your traffic is encrypted. As a result, your ISP won’t know what you’re doing on the Internet.

It depends. First of all, you need to understand that a VPN won’t be able to outright block ads on your online browser. However, with a VPN, you can connect to a VPN server in a country where the YouTube experience isn’t so ad-heavy. How do you know which countries to choose? Well, here’s something to keep in mind:

Are free VPNs okay to use?

Not really. While a free VPN could help you unblock YouTube at school, work, or while traveling, the trade-off isn’t really worth it. Here are the risks you’ll be exposing yourself to if you use a free VPN:

Plus, you should also consider that free VPN servers are likely to suffer a lot of downtime, and they tend to be overcrowded too. So, not only will your connections often go down, but you’ll also only get slow speeds as well.

And if you encounter any problems, you’ll be on your own since free VPN providers can’t afford to offer reliable customer support.

Can you also get YouTube unblocked With a proxy?

Yes, it’s possible. A proxy server will intercept your connection requests to YouTube, and change your IP address to mask your geo-location. That helps you bypass both geo-blocks and firewalls.

However, you should keep in mind that proxies offer less security and privacy than VPNs. That, and proxy servers tend to have bandwidth caps, and have overcrowded servers. Because of that, your online experience might not be too smooth.

Also, you should keep in mind that you might not be able to unblock YouTube mobile apps since proxies are normally designed to unblock only websites. That’s not to say you might not manage to do that, but it’s something worth keeping in mind.

Overall, it’s best to just pick a VPN provider whose servers actually double as proxy servers. That way, you can use both services as you see fit.