The Netflix War Is (Not Really) Over 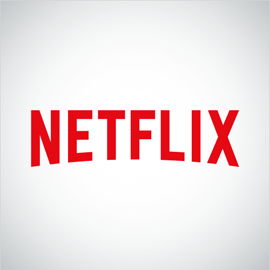 2 years ago, Netflix started seriously cracking down on VPN providers. We here at CactusVPN encountered our fair share of issues with Netflix’s blocks, but we are happy to say that – currently – our Smart DNS service is able to unblock Netflix for you.

If you’re curious to know which devices you can use our Smart DNS to unblock Netflix on, here’s a handy list:

This Doesn’t Mean the War Is Won, Though

Rest assured, though, that whenever an issue will arise with our service, we will start working on fixing it ASAP. Finding a solution could take a few hours, days, or weeks, but we will do our best to solve the problem as fast as we can.

We just wanted to mention that because we want to be transparent with all of you, and want to let you know that there is a potential risk that Netflix might not be available for a short period if the platform ever manages to block our services.

Then feel free to check out our Knowledge Base. If you don’t find the answers you’re looking for, just get in touch with us instead.

CactusVPN usually delivers only great news. Unfortunately today is an exception. Probably you’ve heard that Netflix started a war on VPN and Smart DNS providers trying to make our services unusable for people who want to unblock it’s content from different countries. We have fight back and this was a titanic work. It was six months while David resisted Goliaths attacks and we’ve done well as CactusVPN was among a couple of VPN and Smart DNS providers who fought to the end. Unfortunately we can’t compare to Netflix’s resource so we have to admit: starting today, CactusVPN does not unblock Netflix with Smart DNS or VPN.

If you have any questions please contact our support team.

Share
Tweet
LinkedIn
Pin it
Posted on July 4, 2016 in News
By Sergiu Candja
Sergiu is a proud founder and CEO of CactusVPN. What started like a passion for internet security grew into a business that helps thousands of people across the globe to regain their freedom while using the Internet.